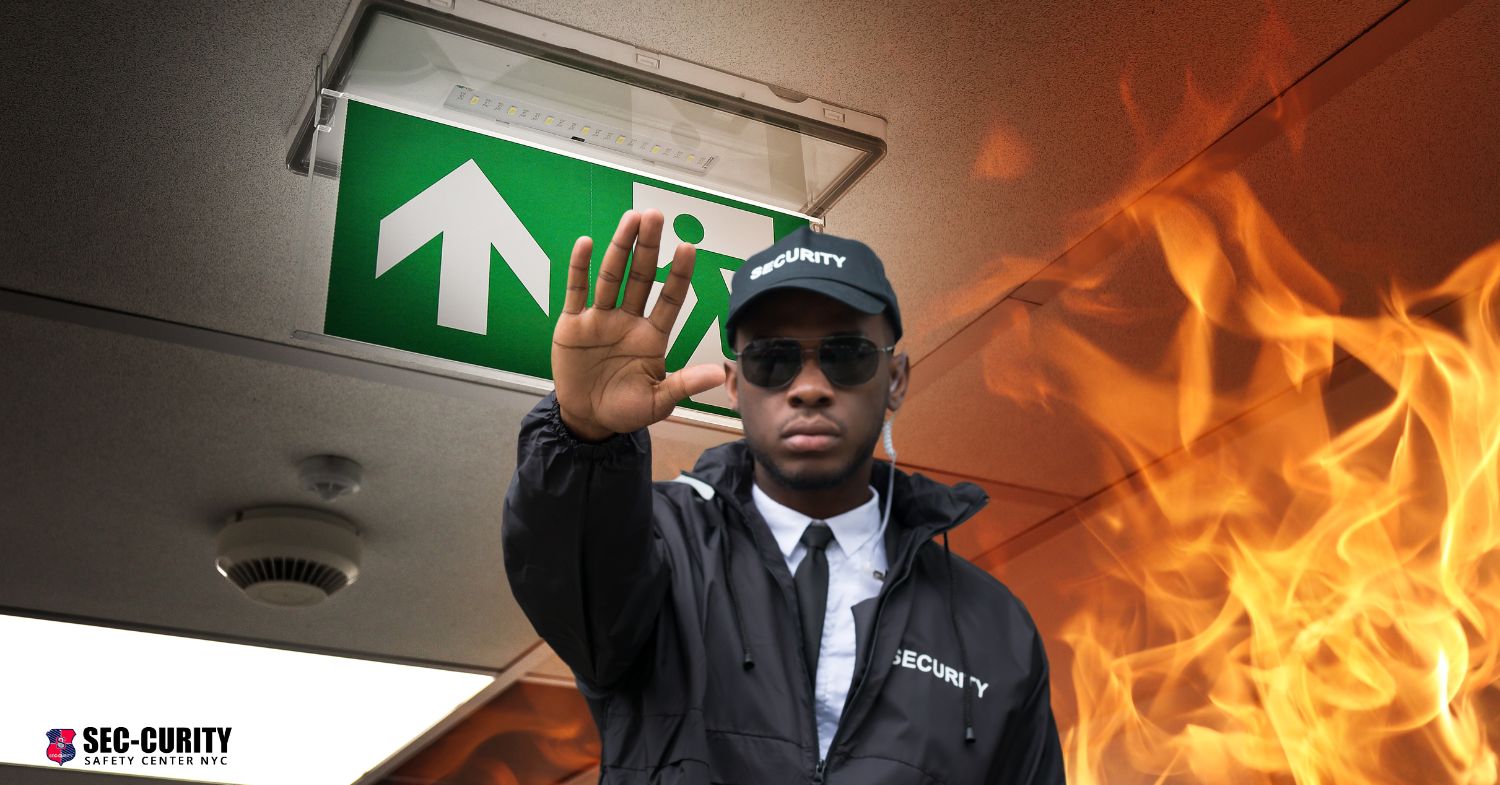 During emergencies such as fire the role of security officers varies as per the need and expectations. Officer himself should be very calm and composed at the site of fire so that he can make the right decisions. Drill is an important part that helps people be aware of how to act on time of such incidents at  the workplace.

Some of the roles of the security officers are explained below:

One of the most important jobs of the security officer is to prevent fire. A security officer should be smart enough to look for potential fire hazards while maintaining an area under his supervision or patrolling. Watch for heat from electrical equipment, potential combustible or flammable items near heat sources. This includes inspecting fire extinguishers to ensure they are working properly.

Even if there are alarms ringing & smoke scenes, the security office still has to declare an emergency and announce. Once an incident is confirmed by a security officer he has to call the fire department. He should also update his supervisor about the situation. While waiting for the emergency services he should be careful about his own safety as well.

The security officer should follow the emergency procedure if the fire occurs in crowded areas like malls, hotels and offices. First thing is to calm down people and direct the crowd to the nearest emergency exit. Plus directing emergency personnel when they arrive on the scene. Even before any fire incident happens, officer should always ensure no obstruction corridors and exits are likely to be placed on fire escape routes.

Security officers potentially can be exposed to hazardous chemicals and material if there is fire at the site. If the employer expects his ecuity officer to provide support with dangerous radiations and hazardous chemicals, the employer needs to provide prior training that meets with Occupational Safety and Health Administration requirement. It helps security officer to be prepared for any potential incidents that can happen on his job, with special protocols that may be needed if a fire incident happens.